An unidentified soldier’s grave from the first world war has been linked to a Keewatin man after a three-year investigation.

The Government of Canada says in May of 2019, a research report suggested that an unknown grave at the Regina Trench Cemetery in France, which holds nearly 1,100 unidentified burials, could finally be identified.

The Canadian Armed Forces have now confirmed the unidentified grave belongs to Company Sergeant-Major David George Parfitt of Keewatin, Ontario after an investigation by the Commonwealth War Graves Commission.

The Forces say Parfitt was born July 4, 1891, in London, England, before his family immigrated to Keewatin where Parfitt worked as a mill worker.

He would later enroll in the first world war with his three brothers William, Arthur and Frederick in September 1914 at the age of 23. Miraculously, all three of his brothers survived the war.

Parfitt arrived in France in February 1915, later being promoted to the rank of Company Sergeant-Major of the 8th Canadian Infantry Battalion, 90th Rifles Division.

He fought in France and Belgium as part of the 2nd Infantry Brigade of the 1st Canadian Division, fighting in the Battles of the Somme and the Thiepval Ridge.

On September 26, 1916, Parfitt led a platoon from the D Company to take and occupy three series’ of trenches in the Zollern area. His battalion reached two of the three trenches amid German machine gun fire and bombardments, but his troops weren’t able to hold their objectives.

Parfitt was one of the 156 members of Canada’s 8th battalion that were killed in action that day. He passed away at the age of 25. A letter from the Forces to Parfitt’s family states he was in line to be promoted to Lieutenant, had he survived the battle.

After the battle, his body was partially identified as an unknown Sergeant-Major and was buried in the Regina Trench Cemetery in Grandcourt, France. His name was also engraved on the Canadian National Vimy Memorial, erected in memory of Canadians killed in France who have no known grave.

But in 2019, the Directorate of History and Heritage received a report from the Commonwealth War Graves Commission explaining that Parfitt is the only Canadian Company Sergeant-Major to have died that day in France, a detail that greatly contributed to the identification of Parfitt’s grave in 2022.

A headstone rededication ceremony is now expected to take place at the earliest opportunity at the Regina Trench Cemetery.

Company Sergeant-Major Parfitt is commemorated on a plaque at the St. James Church in Keewatin, which bears the names of the men from the same parish who also died during the war. His name also appears on a Lake of the Woods Cemetery monument. 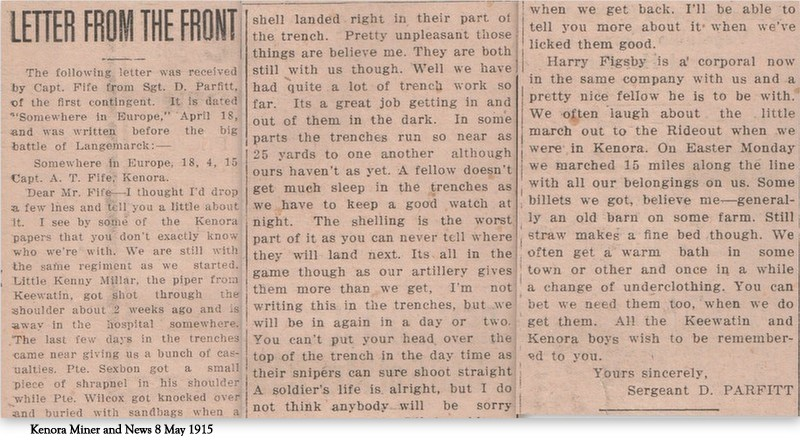 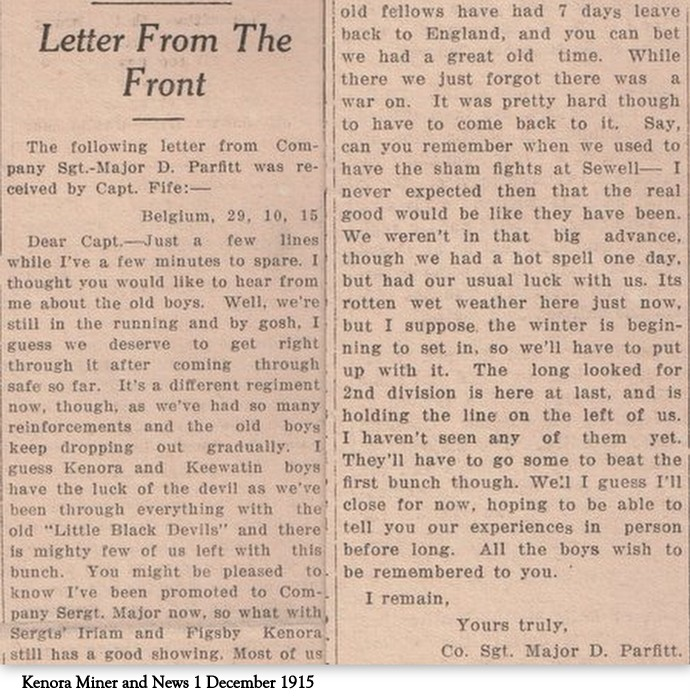 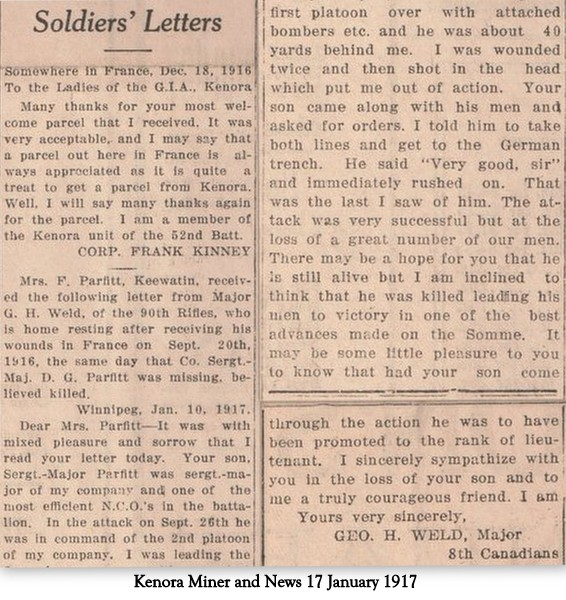 Parliamentary committee to begin study of RCMP's use of cellphone spyware