Written by Jay D Haughton Thursday, May 26 2022, 7:22 AM
Article continues below advertisement ↴

“The cabin’s flooded, and then seeing the pictures it’s just so heartbreaking, cause you know everything you have is destroyed."

That was the reaction Manitoba resident Lisa Downton had after seeing her family's Black Sturgeon cabin completely destroyed and unliveable, from the high water levels on the lake.

Downton and her family are grain farmers from the Iles des Chenes and Lorette area, south of Winnipeg, and bought their cabin last spring, as a family getaway from their busy work lives.

“When you save up and you work so hard to buy yourself something, whether it’s a million bucks or not, you worked hard for that. We had always gone camping with our family out in the Whiteshell, and we finally were able to buy our own cabin, and our family was all really excited,” says Downton.

The water caused extensive damage to their cabin, as she says there is about 2 ½ feet of water currently in their home.

“Inside the couches are half to three quarters covered in water. The fridge was in the kitchen and it was laying on its back, floating halfway between the kitchen and dining room. Basically, everything in the cabin is destroyed.”

Also, their sunroom has detached itself from the cabin and is pinned on the north side of the home. Their big floating dock has been dislodged and is roughly 45 feet away from its usual location, along with the family's secondary docks that have completely crumbled and are destroyed.

With the damage to their cabin, docks, and personal items, she estimates that in total the family has lost around $350,000, which isn’t covered by their insurance.

“We had talked to our insurance company and notified them that it looks like we potentially could have some water damage. We were told that our policy for the cabin did not include flooding, as it is a natural Act of God. Our cabin, all of its contents, every single thing on our property is not covered by insurance.”

The expression Act of God is often used to describe when a natural event occurs in which damage is caused. In Canada, the "Act of God", is referred to as peril and is used to refer to types of losses covered in the Canadian insurance industry. Most perils that would be considered acts of God, like lightning, high winds, tornadoes, and wildfires, are typically covered under an “all perils” policy. Earthquakes and floods, on the other hand, are not generally covered, unless you ask specifically for add-on coverage.

Their hope is one day to tear down the existing cabin and begin the process of rebuilding a new cottage at some point.

With the water levels so high, and limited to no access to boat launches in that area, the family hasn’t even been able to see the full extent of the damage to their cabin or even begin cleaning up or salvaging their belongings.

“One of the ladies out on Northeast Bay actually kayaked over to our cabin for us. It was just really sad to see the pictures and the videos she took and sent to us and showed that it was just not up to the cabin but actually under, and all the way around the cabin.”

The family is trying to stay positive through this tragic time, and their hearts go out to the permanent residents that like them, have lost everything due to the flooding.

To make matters worse the family hasn’t even been able to enjoy a full summer at their new cabin, as COVID-19 shortened their trip last year, and heavy snow all winter prevented them from coming in the throughout the winter.

Their secluded cabin is located on the north side of Northeast Bay on Black Sturgeon, and can only be accessed by boat. 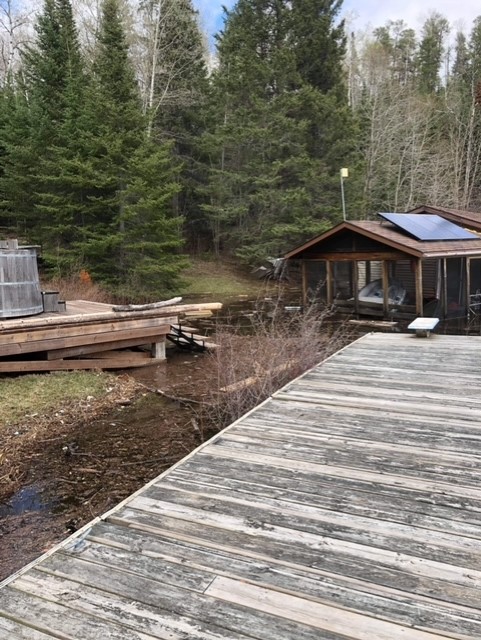 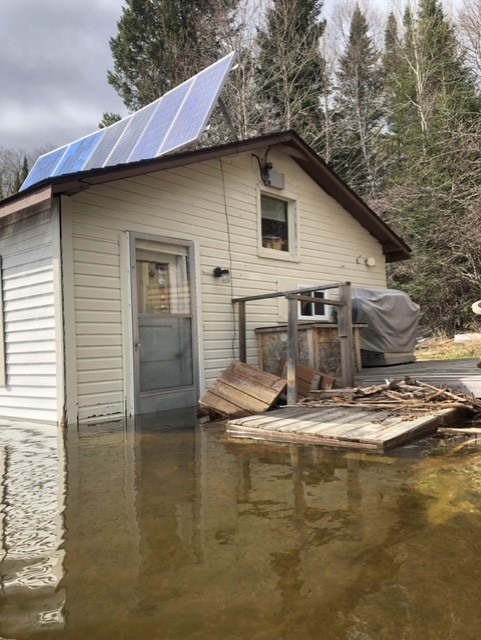 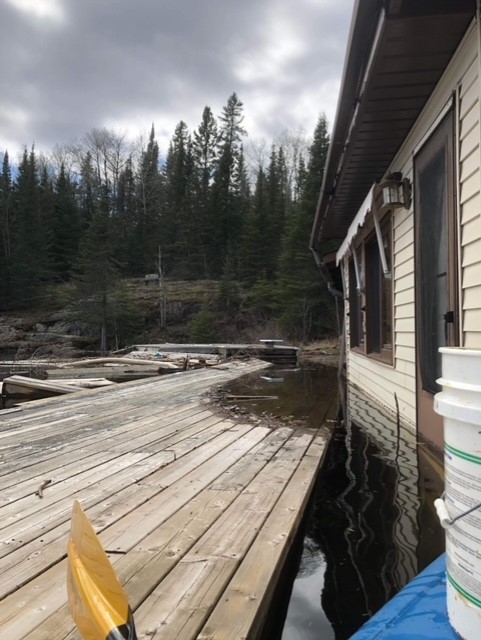 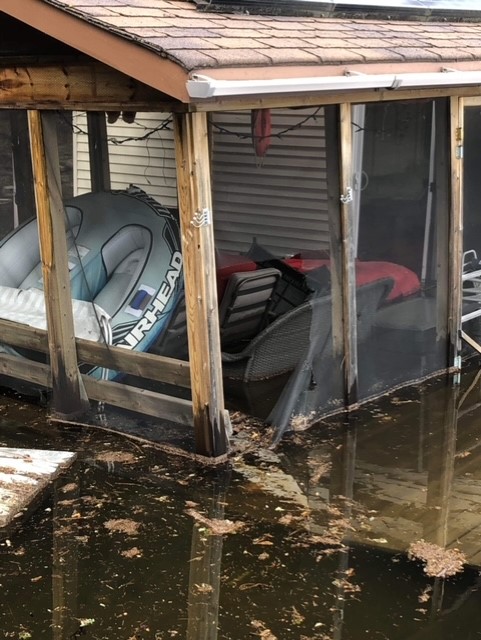 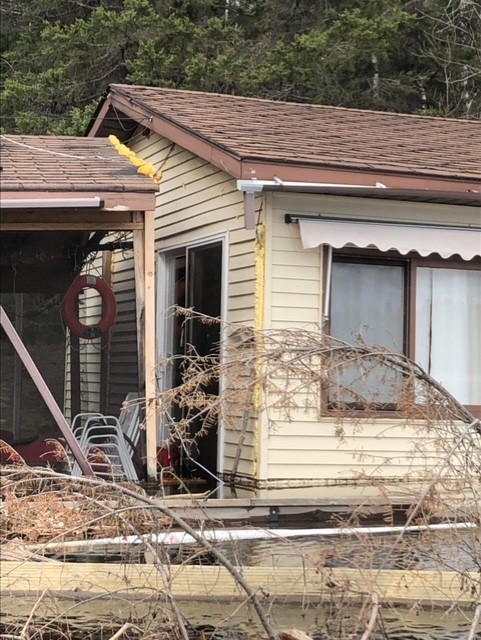 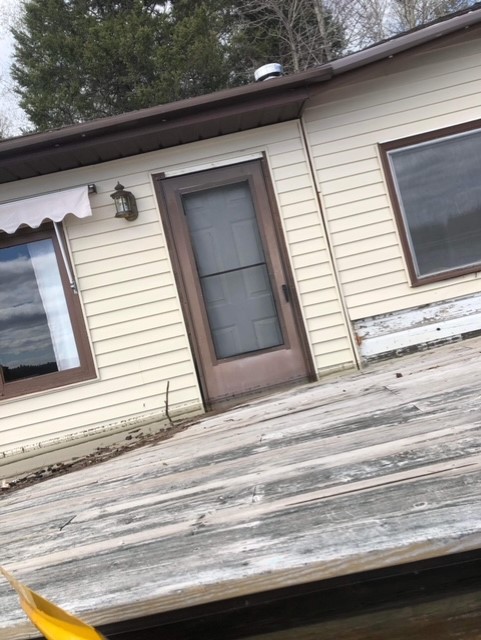 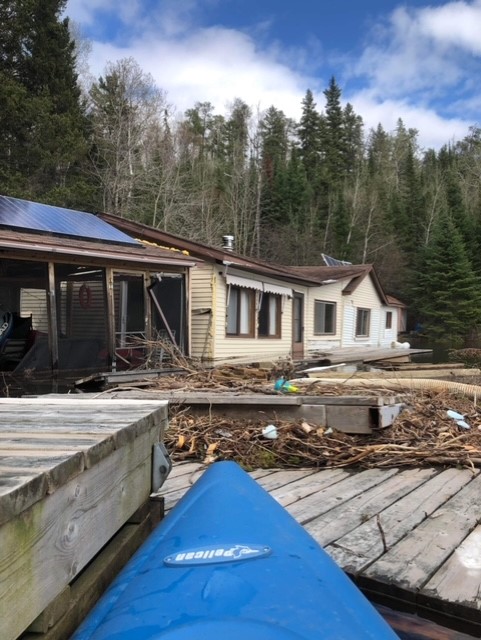 Scholarships offered to students to attend skills program in UCLA